The hype that has been building around quantum computing, a potentially revolutionary technology that has been a dream of physicists and computer scientists for 35 years, is about to get a big boost.

Two scientific milestones are expected to be announced in the next couple of weeks by two of the world’s biggest technology companies that will highlight the rapid advances now being made in the field. But whether they also point to useful commercial applications in the near term is another matter.

Some of the leading companies in the field say quantum machines, harnessing the properties of quantum mechanics to greatly speed up computation, will have important practical applications within five years,  far earlier than once thought.

“We have an opportunity to solve a set of problems that couldn’t be solved before,” says Todd Holmdahl, head of Microsoft’s quantum team, who backs the five year prediction. “On a classical computer they would take the life of the universe to solve.”

Canadian company DWave began selling a limited type of quantum machine seven years ago to companies including Google and NASA, as well as, it’s thought, the NSA, although the real quantum computing prize is the creation of what’s known as a universal or general purpose computer, like the two that recently went head to head, that can be programmed to handle a range of tasks beyond the scope of today’s computers.

The benefits claimed for the technology include simulating molecules, leading to breakthrough drugs and making machine learning far more powerful. However, others working on the technology claim this is far too optimistic. Mike Mayberry, head of Intel Labs, who recently showed off their “exotic” 17 Qubit computer chip, says a “10-year race” lies ahead between the big tech companies before a truly workable technology emerges.

“We’re still in the era of toy systems,” he says.

The two impending milestones, from Microsoft and Google, will highlight how ideas until recently at the frontiers of theoretical physics are quickly taking practical form. Despite beginning work on quantum computing 12 years ago, Microsoft has yet to produce a working qubit, or quantum bit — the basic building block of quantum machines. It is now “imminently close” to announcing it has passed that point, says  Holmdahl.

Such declarations are usually made through research papers in science journals, meaning they must go through a process of peer review before publication. As well as a key moment for Microsoft, it will also be “an important moment for science”, says Holmdahl. Microsoft has taken longer than some. IBM, for example, announced its first working qubit in 1998, and in December announced that it had lined up partners to help it develop practical applications for the technology. But Microsoft’s qubit design represents a giant bet on an unproven technology. If it is right, then the software company would quickly overtake others who have a head start in the field and gain a huge advantage.

Microsoft’s design tackles one of the biggest drawbacks in the technology. Quantum machines require extensive error-correction to make up for the fact that qubits are inherently fragile. They only remain in a quantum state for a tiny amount of time, and are hard to read without interfering with the results.  The company’s answer: a type of qubit that effectively fragments electrons, so that the same piece of information is held in multiple places at the same time. If one part of the qubit decoheres, the information it contained is not lost, making the overall system far more stable.

This built-in fault tolerance of computers using so-called topological qubits could give them a big advantage over less robust systems.

“They’ve got so many errors in them, they’re just going to tap out,” Holmdahl says of computers using more fragile qubits. “Where they need 1,000 or 10,000 [qubits], we’ll only need one, because our error-correction is so much better than theirs.”

Yet making a single working qubit — assuming Microsoft has indeed reached that point — is only the first step. It is not clear yet which of the rival qubit technologies will prove most effective as manufacturers try to scale up today’s rudimentary systems into full-fledged general purpose computers, says Mayberry.

The other expected milestone, from Google, is the first demonstration of a quantum machine solving a problem at the very limits of what is possible for a “classical” computer, or one based on current design principles. The crossover, when quantum machines out-compute even the most powerful classical systems, is known in the field as “quantum supremacy,” and Google think they’re just months away from reaching it. Reaching that point would be “very significant scientifically since it would mark a first in computation and would signal that quantum computers have crossed a threshold,” says Daniel Lidar, a professor and expert on quantum computing at the University of Southern California.

Google set out a timetable to reach quantum supremacy by the end of 2017, which it seems to have missed, with its testing due to start in the final days of the year. Its test was designed to show that its 49-qubit system could solve a problem designed to be beyond any classical computer. The company did not comment on the outcome, and a successful result would need to be reviewed before scientific publication.

However, IBM stole some of the search company’s thunder when it succeeded in programming a supercomputer to simulate a quantum machine with more than 50 qubits, a feat that had not been thought possible.

“An actual race” is now likely as designers of quantum and classical computers leapfrog each other for a period, before quantum systems pull away for good, says Lidar. But even if Google is successful in its push for quantum supremacy, based on a highly artificial problem designed to be unsolvable by a traditional computer, Lidar and other experts say the technology is still a long way from practical application. That does not, however, make it an illegitimate area to pursue.

“If you have a two-year-old, that’s not simulatable either — but that doesn’t make it commercially interesting,” says Mayberry.

Even if breakthroughs like those from Microsoft and Google are confirmed, meanwhile, they and other companies still face big challenges in working out how to scale up, and then program, systems that may need 1m qubits or more to solve complex problems. Apart from the difficulty of getting qubits to maintain their quantum states for more than a few microseconds, the problems include designing electronic controls that can operate at extremely low temperatures.

“It’s going to be very hard to continue to scale,” says Mayberry.  But Holmdahl, a veteran product manager whose credits include a central role on the Xbox gaming console, does not see this as different from any other new hardware challenge. Microsoft has reduced the time it takes to design and test each new iteration of its hardware to only two weeks, he says adding that in every other hardware market, “people who iterate quickly on designs, win”.

“This is happening,” he says. “It’s kind of like space exploration. We’re going to send people to the moon.” 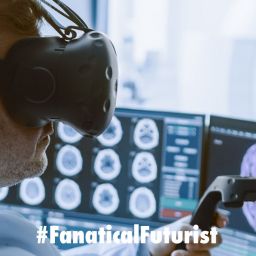 WHY THIS MATTERS IN BRIEF Many of todays technology advances, such as AI and materials science, have been made…