A while ago I wrote an article about how, given all of todays technology advances we could see a way for Generation Z to become the worlds first “immortal generation” and now that Mark Zuckerberg and wife Priscilla Chan have ploughed $3 Billion into an ambitious project to make the world disease free within their children’s lifetime, through the Chan Zuckerberg Biohub, part of the Chan Zuckerberg Initiative, it’s a goal that looks within reach.

As Dakota Gruener, head of the ambitious ID2020 project recently told me, sometimes it’s not the technology that holds you back – it’s the coordination.

In a recent Facebook post, Zuckerberg shared a photo of the initiative’s science team, and commented on the groups goals.

The board of the new Biohub venture is, as you’d expect made up of expert after expert, from institutions including Stanford University, University of California Berkeley and University of California San Francisco, with Rockefeller neuroscientist Dr. Cori Bargmann taking the lead although from where I sit, watching the world pour out healthcare breakthrough after healthcare breakthrough, I have to ask why the group seems to be so US-Westcoast centric. Global problem, global solutions? So I for one expect that, hopefully anyway, the team will evolve over time.

Eradicating all known diseases known to man will take a monumental effort, but as lofty as the goals sound we’ve already seen significant healthcare breakthroughs using gene editing, with tools like CRISPR, and synthetic biology where scientists have already created new life forms that are already resistant to all known viruses, cut HIV genes from living cells, created designer babies, cure chronic pain,  produced vaccines for cancer, and by 2036 we should be in a position to create the worlds first artificial human.

So beating Zuck’s goal looks easily achievable – the challenge however will come from the fact that, while we can create new artificial humans, for example, who could be resistant to every known disease the group has to deal with the “legacy” issues of regulations, morals and ethics. Yes, we can already create designer babies who don’t inherit conditions from their parents – so the technology is already here, but should we? Yes, we can cut HIV genes out of the cells of living patients, but what are unintended genetic side effects? And so on and so on. All of these, and millions more questions and risks like them are all serious questions that today scientists and governments are struggling to grapple with, and that tomorrow they will struggle with even more as today’s revolutionary healthcare technologies get better.

As Zuckerberg points out in the post: “Life expectancy has increased by 1/4 year for each year in the past century. If we just continue that progress, average life expectancy will be about 100 by the end of this century – meaning we’ll have cured many of the diseases that prevent us from reaching that age today.”

As well as the groups Infectious Disease Initiative, Biohub is also focused on the Cell Atlas project, a million dollar effort that aims to map all 3.5 Trillion cells in the human body so, as you can see – the group has plenty to keep them busy, and it’ll be exciting to watch them work – althrough admittedly it’s be more exciting to be involved, but maybe just not as a patient…

WHY THIS MATTERS IN BRIEF Berkeley Lab breakthrough might help to reboot Moores Law.   Transistor size is an important part…

WHY THIS MATTERS IN BRIEF In today’s pandemic, where supply shortages are rife, there can be no denying the power… 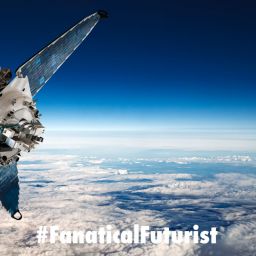 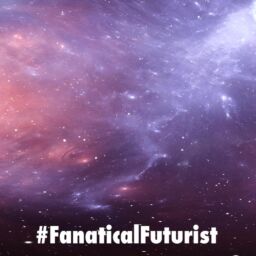