Flying is always the fastest way to go – and flying taxis are now literally starting to take off.

Flying taxis and EVTOL’s have literally been taking off everywhere over the past few years with several launches in Germany, the UAE, UK, and US, and with new announcements coming almost every day and new purpose air ports being built they’re now becoming a commercial reality with actual reality paying passengers and order books.

Now one of those companies, Vertical Aerospace, believes it has more conditional pre-orders for its eVTOL than most companies in this industry, reaching up to 1,350 aircraft worth $5.4 billion. American Airlines, Virgin Atlantic, Avolon, Bristow Group, and Iberojet are some of its global customers. In addition, the company has now taken a significant step in the UK by teaming up with a major international hub airport – Heathrow.

The future of air taxis

Vertical and Heathrow have announced they’ve started working on the framework for future eVTOL operations, from airport infrastructure and regulatory changes that need to be made to analyzing the potential impact on the surrounding communities and job opportunities. According to Vertical, some of the airlines operating at Heathrow are interested in supporting the development of eVTOL technology and bringing it to the public.

Vertical’s eVTOL, the VA-X4, could transport four passengers from Heathrow to London in just 12 minutes. And it can do that with zero emissions, almost no noise at all, and with about the same costs as conventional taxis. The VA-X4 stands out among eVTOLs for its high-performance powertrain, developed together with Rolls-Royce, and advanced avionics similar to those of the F-35B, a military aircraft that can take-off and land vertically.

Combining speed levels over 200 mph (322 kph) with a reduced noise level, which is said to be 100 times lower than that of a helicopter, the VA-X4 could provide efficient and comfortable transportation that also supports carbon neutrality goals.

Vertical also says that governments and local authorities should be more proactive in supporting electric commercial flight and helping it become a reality by 2025. Particularly, that the UK’s Department for Transport and the Civil Aviation Authority (CAA) “should establish an operating framework in the next few years, including the steps for certification, ‘reforms to airspace management,’ and access for electric aircraft.”

The VA-X4 will also begin operating in Japan, by 2025, through the collaboration between Japan Airlines (JAL) and an international aircraft leasing company, Avolon, one of Vertical’s partners. 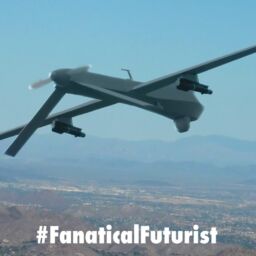 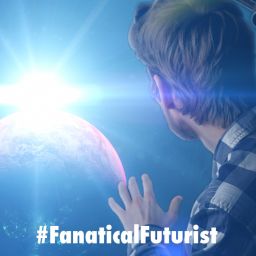 WHY THIS MATTERS IN BRIEF If you’re jetting off on your holidays today to some foreign land, then tomorrow you…