By future standards today’s most advanced surgical techniques will look neanderthal, nanobots and nanomachines that can perform in vivo surgery are the future.

A ground breaking new method of controlling nanobots that “emulates natural swarm behaviour” has been unveiled by scientists in Hong Kong in the first step in what is hoped could lead to a major medical advancement in the treatment of blood clots, and one day enable these tiny robots to perform complex in vivo surgeries within humans – something that’s been the stuff of science fiction since the sixties.

READ
Breakthrough healthcare test screens for all known diseases at once

Nanobots are miniscule robots or machines that are measured in nanometers, with one nanometer equivalent to just one billionth of a meter, and they can be used to complete nanoscale mechanical tasks, such as moving molecules, with precision and mobility.

Led by Associate Professor Li Zhang, a team of scientists from the Chinese University of Hong Kong used oscillating magnetic fields to create highly reconfigurable ribbon-like swarms of nanobots that were made up of millions of magnetic nanoparticles each less than one micron wide, or one fifth the length of a red blood cell.

As the programmers changed and re-tuned the magnetic fields, as you can see from the video, the “micro-swarm” of nanobots showed itself capable of performing a wide range of structural changes, including extending, shrinking, splitting, and merging, all with a high degree of accuracy.

“The high reconfigurability [of the swarm] is a key discovery,” said Zhang whose findings were published in the science journal Nature. “The nanobot swarm can be operated in a controlled fashion with a high speed, which has never been reported before.”

Most significantly though the complex transformations undertaken by the teams nanobots were tiny enough, by a wide margin, to enable them to be completed within the “biological systems of living human and animal bodies.”

It is therefore hoped that one day, within the next few years, surgeons could manipulate the nanobots to pass through highly compact spaces within human organs and blood vessels, allowing them to “remove and resolve blood clots and assist with targeted drug delivery to cells.”

However, for all their potential medical applications most nanobots are still largely in the research and development stage of production because clinical trials of nanobots in humans have yet to be approved thanks to the very strict regulations involved with human testing.

In the meantime Zhang’s team continues to collaborate with the medical teams to explore the potential of nanobots in healthcare, and the team think that asides from helping perform in vivo surgeries they could also be used to help address gastrointestinal diseases by manoeuvring through the gastrointestinal tract

“My medical doctor collaborators from the Hong Kong Prince of Wales Hospitals and I expect that we could translate the nanorobotics technology to clinical applications in five years. We are doing animal studies right now,” Zhang said.

One of the objectives for Zhang’s project was to emulate swarm behaviour found in nature, in which groups of agents can interact and achieve what individual agents cannot. Birds, fish, insects, and even bacteria exhibit swarm behaviour. But according to Zhang, the project was also influenced by depictions of nanobots in movies and pop culture.

“One such movie was Big Hero Six,” Zhang said. “In Big Hero Six, they show some concepts related to micro-robot swarms. Another one was Transformers, which showed how a robot dog invaded a base by deploying hundreds upon thousands of small robotic spheres.”

There are still limitations to the application of nanobots though, for instance, they cannot be used in the heart due to the high speed of blood flow, which could flush away the robots instantly, but one day that too, like many other problems, such as creating holograms and tractor beams, will be overcome. It’s just a matter of time and skill.

“It’s important that we recognise the current limitations on nanobots,” Zhang said. “But I hope that more people can pay more attention to nanobot research…it’s very exciting. I always tell my students, ‘Let’s work together and have an adventure,’ because we are still learning. We’ll see what lies in store.”

WHY THIS MATTERS IN BRIEF When are killer robots a good thing? When they’re saving the Earth.   Where there are robots there’s always inevitably… 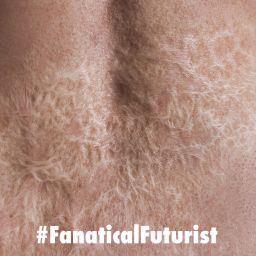 WHY THIS MATTERS IN BRIEF As computers are embedded into everything, from wearables and clothing, to even human cells, they’ve got to get smaller –…

WHY THIS MATTERS IN BRIEF Until now it has been hard, almost impossible, to identify how Cancer spreads around the body, and that’s made metastasising…

WHY THIS MATTERS IN BRIEF The increasing use of intelligent, autonomous systems is getting people spooked, so much so that the UN are getting involved…

WHY THIS MATTERS IN BRIEF As the amount of desertification around the planet increases, and as the global population continues to grow, humanity needs to… 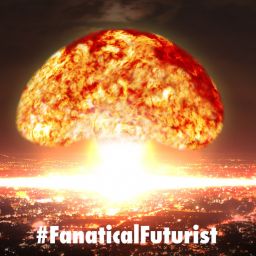 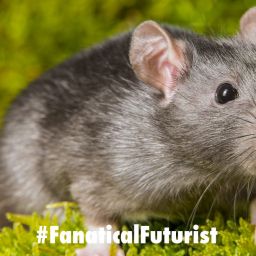 WHY THIS MATTERS IN BRIEF Paralysis is no longer for life, and this is just one of tens of new breakthrough innovations that’s making it…

WHY THIS MATTERS IN BRIEF Up until now it’s only been possible to modify memories using optogentics, by using gene editing scientists have changed the…