Today if you break your spine, you’re paralysed, but paralysis is increasingly no longer for life.

3D Bio-Printing, an offshoot of its better known cousin 3D Printing, lets scientists manufacture everything from real bones, cartilage, corneas and kidneys, to hearts, ovaries, skin, and teeth, by laying down different formulations of cells and other materials.

Now, a team at the University of California San Diego, has raised the bar by using the technology to 3D print blood vessels, human liver tissue, and spinal chords. In a paper published this week in the journal Nature Medicine, they describe their 3D printed spinal cord implant that restored function in the hind limbs of rats with spinal cord injuries, and the breakthrough adds yet another way in which we are increasingly able to cure and reverse not just neuro-degenerative disorders but also paralysis.

The Spinal Implant being printed

It is the first 3D printing of a complex central nervous system structure, according to the authors, and it was made possible by an advanced bioprinting method called Microscale Continuous Projection Printing (μCPP), which prints biological materials roughly 1,000 times faster and at higher resolutions than traditional 3D printing methods.

The teams ultimate goal is to create a personalised implant that helps repair an injured spinal cord and then degrades away, says study co-author Shaochen Chen, vice chairman of the nanoengineering department at UCSD and cofounder of Allegro 3D, a startup that’s commercialising the bioprinting tech.

“At the end of the work, we hope that you have exactly a functional spinal cord there – and nothing else,” he says.

The spine is obviously not an easy thing to repair, which is why spinal cord injuries are so devastating and years ago often led to permanent and irreversible paralysis. Part of the challenge is that the slender, bundled axons of spinal cord nerves are delicate and finicky. These axons are highly sensitive to materials used in implants or other repair systems. In past studies, the axons will even avoid a material by growing around it or returning back the way they came.

Chen, neuroscientist Mark Tuszynski, and colleagues tested numerous materials to see which would be the most compatible with spinal axons, and settled on a hydrogel called polyethylene glycol–gelatin methacrylate. Using that hydrogel, they designed and printed a rat spinal cord scaffold that looks like a piece of oval Swiss cheese about the thickness of a penny that you can see in the video above.

Such channels simply can’t be achieved with traditional inkjet or extrusion bioprinting methods, says Chen, as those methods print down to a resolution of only 200 μm.

“When you lay down a droplet, that’s already 200 microns. You won’t be able to form a 200-micron pore,” he says. μCPP, on the other hand, prints down to the resolution of a single micrometer.

After the printing process, the team then filled the microchannels with neural stem cells to encourage axon growth.  And remember how I mentioned the speed? The μCPP method is fast, blazingly fast by any standard. A traditional nozzle printer might take several hours to produce a personalized 2-millimeter implant but μCPP does it in just 1.6 seconds.

Here’s how – instead of laying down individual droplets of material like an inkjet 3D printer, μCPP involves shining UV light across an entire plane of material – in this case, a mix of hydrogel and neural stem cells. Guided by digital images, the light fuses the liquid material together, a technique that’s also used in 3D Holographic Printing, to create a solid shape of one’s choice. So instead of forming a structure drop by drop or bit by bit, μCPP creates a complex scaffold of hydrogel and cells in one continuous print.

Now back to the rats. With the implants, the rat spines slowly repaired over four weeks as axons grew through the microchannels and into the lower spinal cord. The scaffolds retained their shape at the four-week mark, says Chen, then began to degrade over the following five months, with no sign of inflammation.

The rats with the stem cell rich implants then regained significant function in their hind limbs compared with animals having an empty scaffold or no scaffold at all. The team has also used the μCPP method to make human liver tissue, which has a sophisticated microarchitecture, and blood vessels.

As for the spinal implants, “we’d like to do more fundamental studies of the materials and structures, then we’ll move onto larger animal experiments before planning clinical trials,” says Chen, and he estimates that human trials could begin in five years.

WHY THIS MATTERS IN BRIEF As the roads get more congested and as people become more mobile autonomous, high speed…

IBM announced their most powerful quantum computer yet

WHY THIS MATTERS IN BRIEF Quantum computers are getting closer to being commercialised, and this moves us one big step… 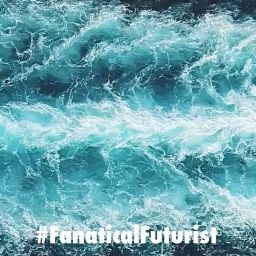