Quantum communication networks are considered the platinum standard when it comes to helping create secure, unhackable networks, and now the first one is here and researchers used it to conduct the world’s first quantum internet video conference.

I have a saying – the future always arrives and so it is, again, today. Hackers everywhere are breaking down in tears and weeping uncontrollably onto their LAN Turtles, Raspberries and Rubber Ducks, yes, those are real hacker things… you are so not a hacker, because earlier this week scientists in China and Austria demonstrated the world’s first intercontinental Quantum Internet link by holding the world’s first ever long distance video conference. And it’s okay hackers, I promise I won’t tell anyone else about how we can send information without sending information, or create unhackable code. Shhh, those are just our secrets. Oops.

To secure the communication, a Chinese quantum communications satellite, the same one that I talked about a couple of months ago, distributed a Quantum Distribution Key (QKD), a secret string of numbers used to encrypt the video transmission so that no one could eavesdrop on the conversation. In the call, chemist Chunli Bai, president of the Chinese Academy of Sciences in Beijing, spoke with quantum physicist Anton Zeilinger, president of the Austrian Academy of Sciences in Vienna.

“It’s a huge achievement,” says quantum physicist Thomas Jennewein of the University of Waterloo in Canada, who was not involved with the project, “it’s a major step to show that this approach could be viable.”

Using a technique known as QKD, scientists share secret strings of numbers while ensuring that no eavesdroppers can intercept the code undetected. Those quantum keys are then used to encrypt information sent via traditional internet connections. Decoding the transmission requires the same key used for encryption, foiling would-be snoops.

China’s Micius satellite, which launched in 2016, uses lasers to beam photons, or light particles, to ground stations on Earth and in this case Micius sent a series of photons encoding a string of 0s and 1s to a ground station near Beijing. The satellite then stored information about the sequence until it reached a station near Vienna, where Micius beamed down another string of photons. Then the satellite combined the two sets of numbers and relayed additional information to the stations to allow them to create matching keys.

READ
SpaceX, Facebook and others compete to connect the next 3.5 billion people

Although the chat was not completely secure from hacking, it was about a million times as secure as what’s possible with standard, or classical types of encryption, says Rupert Ursin, a physicist at the Institute for Quantum Optics and Quantum Information in Vienna and a member of the Austrian team. The Chinese and Austrian teams also exchanged images using theoretically uncrackable methods.

“We are facing, now, a new era of having a global quantum internet ready to be deployed,” Ursin says, and that’s a staggering achievement.

However, for all those cybersecurity folks I lulled into a false sense of security when I said quantum networks are unhackable, well, that might not strictly be true because in February this year a bunch of Canadian researchers managed to hack one, but, it has to be said I’m sceptical so I’m keeping an eye on it for you. Check back later.

WHY THIS MATTERS IN BRIEF DNA computers, up until now, have been theoretical but now they’re feasible, and that’s a huge step towards the next…

WHY THIS MATTERS IN BRIEF Most humans are good at debating, and now AI is getting better at it too, but its ability to analyse… 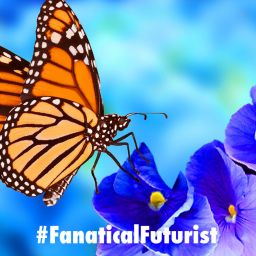 WHY THIS MATTERS IN BRIEF Chinas relentless drive to develop new radar detection systems could, if true, render stealth technologies obsolete   This week at…

WHY THIS MATTERS IN BRIEF As we discover more about how the brain works, organisations around the world are starting to push the boundaries of…