Google is being disrupted

Thank you for reading my article but be warned that I’m going to ask you to take part in a quick exercise and to incentivise you to do so I’m going to offer you a glimpse of the future and introduce you to a simple technology that over the next fifty years will continue to evolve and eventually influence every corner of your life and, on its current trajectory put extraordinary pressure on Google’s traditional ad revenues.

Here’s the exercise grab your cell or mobile and, depending on your flavour of device activate Cortana, Google Now, S-Voice or Siri, now ask “Search the web for London” and look at the result – it’s highly unlikely that you saw a single advert and if you did it was probably on Google Now…

Google is a company so synonymous with search that in 2006 Roget’s English Dictionary turned the word into a verb and immortalised it forever as an official part of the English language.

Started in 1997 in a friends garage in Melno Park, California by Larry Page and Sergey Brin Google had humble beginnings and just like every other start up that’s graced this world it was born into a world that didn’t owe it any favours – a world dominated by companies that included AOL, Alta Vista, Excite and Lycos. It had to fight for every dollar of funding and for every percent of market share and Larry and Sergey even tried to sell up for $750,000 but over time the company that unofficially pledged to “Not to be Evil” beat them all.

Today Larry and Sergey are titans of industry but Googles days of being a juggernaut that cast everything before it aside could be coming to an end because for all its successes Google, one of the world’s most recognised brands and arguably one of the world’s most innovative organisations is, no matter how hard it seems to try to commercialise new businesses, still wedded to its core business.

In 2013 Google’s revenues grew by 16% to $59 Billion, the slowest rate, excluding the global recession of 2009 since its IPO in 2004 and 87% of its revenues are still derived from advertising. On the face of it neither of these stats should be concerning, in fact if we look at other similar multi-national organisations many of them are in a similar position, dominant leaders in their field with flat or flattening growth rates but today we live in a world of disruption where new innovative technology platforms and business models are washing away the old guard and reshaping every industry on the planet.

As unassailable as Google may seem, with not one but four properties – Google, Chrome, Android and YouTube that attract over a billion users every month we can already see the first signs of disruption taking place and for all of Google and their Google [x] and ATAP divisions new developments and moon shots –  whether it’s Apps, Glass, Loon, the self driving car or its recent acquisitions of Nest and Boston Robotics the fact remains that today and for the foreseeable future their business model and fortunes are going to be indelibly tied to advertising but not just any advertising – web advertising. Googles commanding 68% share of the global search market helps firmly entrench it as the gatekeeper to the internet and it’s done well to use this position to its advantage but today new technology platforms and, more importantly, the start of an inevitable and irrevocable societal wide behavioural shift will eliminate its advantage and, in the worst case, reduce its monestised search platform to just one of a group of devalued, commoditised, brokered services.

The way that we use Google, and search in general, has changed dramatically over the last decade – we’ve moved from using Google to perform basic, rudimentary searches to today where we are much more likely to search for the answers to specific questions and in 2013 Google, recognising this change in behavioural change rolled out “Hummingbird” their largest ever search algorithm update which, rather than selecting words from our queries and then bringing up links that contained those words, began applying context but it isn’t perfect and many of us still end up scanning a variety of returned results to reckon the answer. Today though a new breed of “Digital Personal Assistants” including Cortana, S-Voice, Siri and Watson are hitting the market and each and every one of these new platforms usurp Google as the gatekeeper to the internet, eliminating their home search advantage and undermining their core revenue stream.

Unlike other market leaders like Blackberry, Dell, HP, Kodak and Nokia who spotted disruption when it was already too late Google has spotted the threat and has been responding – they developed Google Now and, as we continue to move nearer to a world without keyboards where voice and gesture commands will rule – think mobile, Connected Car, Connected Home, Wearable Technology and even Robotics and Smarter Cities they have begun running “Talk to Google” advertising campaigns aimed at subversively encouraging users to change their search behaviour and embrace Google Now but as great as all this might sound there’s little that Google will be able to do to abate the revolution because there are new gatekeepers in town.

In the old world, whether it be on desktop or mobile, you opened your browser selected your preferred search engine, entered your search term and a set of results, complete with adverts popped up, in this world the browser was the Control Point and you had the freedom to choose your search engine and most of us chose Google. In 2013 this behaviour helped Google generate $50 of their $59 Billion in revenue but the new breed of Digital Personal Assistants – platforms that not just answer your questions and find information but that also proactively push information to you that help you manage your life change your search behaviour and take that choice away, what’s worse for Google is that we don’t care because the results and the experience we get, which are getting better all the time, are superior – they’re faster, easier to access and use and the results are, according to recent studies over 92% accurate and frankly so what if I don’t see adverts for products I don’t want – isn’t that a Win Win? These new technologies, coupled with a society wide behavioural change spell trouble for Google who already know that only a miniscule 3% of all Siri searches ‘touch’ their platform and the revolution is starting in mobile first.

In 2013 mobile and tablets accounted for 31% of all of the world’s web traffic, an increase of 34% from 2012 and in this new, increasingly mobile first world the Control Point has changed – now it’s not the browser, it’s a convenient button on the device that activates the Digital Personal Assistant and unfortunately for Google that’s a button they have little influence over because it’s controlled by the device makers such as Apple, LG, Microsoft and Samsung who collectively own over 80% of the global market.

At this point of course you might be thinking that Google Android, which in the majority of licensing deals automatically includes Google Now, should give them a commanding presence in this new market but Samsung, by far the most dominant brand in this industry is hungry for profits – not content with the slim pickings they’re making on hardware they’re busy developing their own Apple style ecosystem and they’re building it around Tizen, an open source OS, not Android and S-Voice, their own Digital Personal Assistant, not Google Now and as this scenario continues to play out Androids share of the smartphone market could be reduced from 81% to less than 40% and it’ll end up in a corner of the market that’s dominated by cheap, low tech ‘Junk’ phones which would limit Google’s ability to get back into the party.

Again though, in 2011 Google saw the play forming and, knowing that Samsung’s eventual move away from Android could have dire long term consequences for them they spent $12.5 Billion to acquire Motorola but the resulting conflicts with their other Android OEM’s who saw this move as direct competition meant that in 2014 they sold everything but Motorola’s ATAP division and patent portfolio to Lenovo for $2.9 Billion, representing a $9.6 Billion loss.

In the future we are going to use these new style Digital Personal Assistants more and more because they work, give us better, contextualised results and more importantly because they make our daily lives easier.

Unlike Microsoft that had little to loose by creating Surface and arguably nothing to loose by buying Nokia for $7 Billion in 2014 Google is stuck in a conundrum – they are the only major brand who don’t own their own device platform, or should we call it a Control Point. All of their OEM’s have now realised that Google uses Android as a gateway to get their services in front of more people which in return helps them realise their revenue aspirations and they are all, whether it’s Samsung with Tizen or LG with WebOS, beginning to show signs of wanting to create their own Apple style ecosystems which move the Control Points – whether it be for apps, cloud, entertainment content, maps or search firmly under their control.

The future of search is beginning to appear and Digital Personal Assistants that use natural language engines to interpret and respond to our questions, wherever we ask them, are getting better, faster and more accurate and the organisations that own the Control Points that activate the Digital Personal Assistants have an opportunity to build new multi-billion dollar businesses. As we race into the future these platforms will reach into every corner of your life and evolve to a point where they will know you and all of your habits better than your own family do and they’ll use behavioural and environmental cues to create an increasingly personalised experience. One day they will become indispensable and remember that it started here. 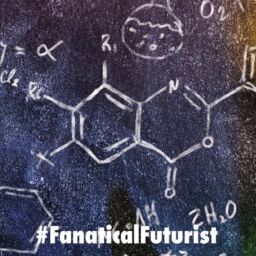