Over the past year Amazon has assembled the technology it needs to crush retailers in a new way using AI fashion designers and stylists, new immersive reality platforms, and on demand manufacturing, and, in a move that could bring new pain to today’s retail communities, it looks increasingly likely they’ll become the world’s first fully autonomous design, manufacturing, and fulfilment retailer.

As a futurist I try to join the dots to see what’s emerging over the horizon, and over the past month or so I’ve been paying special attention to Amazon, the giant retail behemoth, and writing about some of the technology and processes they’ve been developing in order to become, what I think, a “better, more efficient and more profitable autonomous retailer,” and as new pieces of the jigsaw puzzle surface I think I can be fairly confident when I say it’s increasingly likely that they’re about to open up a new can of whoop ass on retailers and become the world’s first fully autonomous design, manufacturing, and fulfilment retailer, that is, of course, unless Alibaba, the Chinese retail behemoth, beats them to it. So let me explain.

For example, a couple of months ago I wrote an article about how they’re on track to become a fully autonomous fulfilment company, then, about a month ago I wrote an article discussing how they’ve created a first generation Artificial Intelligence (AI) fashion designer and stylist that scours social media for trending fashions, and then design its own variants, in the hope of creating the next fashion trend – time and time again, one after another, 247.

Then, just a few weeks back, and in an event that seems to have largely gone unnoticed by many Amazon watchers, a huge jigsaw piece, and arguably one of the last they need to realise their ambitions, fell from the sky as Amazon was awarded a patent for an automated manufacturing system that can quickly mass produce fabric accessories, clothing, home wares and other goods on demand. And as for manufacturing non-fabric accessories? Well, I’m sure that over time we’ll see a few 3D printing patents pop up as well.

If you put Amazon’s current line up of processes, technologies and patents together you have an almost perfect weapon that will help them undercut, disintermediate, out pace and out flank every fashion retailer on the planet – both low and high end.

In this case these are the pieces I’ve put together, so let me know what you think, good or bad. I’m always happy to be constructively critiqued.

Amazon’s new AI fashion designer designs new clothes and new trends, then lists the items for sale on Amazon’s site as normal. Customers pick and choose the  products they like as normal and, using a camera and machine vision system that built into Amazon’s new Echo Look device, their official “style advisor,” and thanks to Amazon’s newest acquisition Body Labs, a 3D “human body modelling” start up, the camera system scans the customer to create a perfect 3D scan of their body shape and their dimensions. Customers can then virtually “try the clothes on” using Amazon’s Augmented Reality (AR) platform and buy them, and then, finally the goods are manufactured on demand back at Amazon’s warehouse, using the latest patent, tailored to fit perfectly, and then picked and shipped using Amazon’s army of robots and autonomous drone, truck and van delivery systems.

Voila. Instant on demand fashion, delivered to your door in hours and as for Amazon’s currently massive inventories of fabric accessories, clothing and home wares, well, that’s all reduced down to just fabric inventory which is much cheaper to buy and easier to store.

Crazy stupid or crazy good? I think the latter… but then again, it’s my hypothesis so I would.

The customer wins because they, arguably, have fashionable, low cost perfectly fitting clothes, Amazon wins because it’s just changed the retail industry again, no longer needs to hold expensive inventory, just material, and has conquered another category, and, as for fashion retailers? Well, they loose. Big time. Imagine Amazon, for example, being able to “copy” the fashions of any American fashion retailer and sell the clothes at a fraction of the price, and as the model gets perfected the rate of returns will likely drop too…

Disruption 101, and it’s impressive watching Amazon assembling the pieces. Hats off to them, and I think they’ll launch it in 2018.

Anyway, going back to the patent it’s a new computerised system that includes textile printers, cutters and an assembly line, as well as cameras designed to snap images of garments that would provide feedback on alterations needed in subsequent items, and in order to increase efficiency, the goods look like they’ll be manufactured in batches based on factors such as the customer shipping address, says the patent.

“Once various textile products are printed, cut and assembled according to the orders, they can be processed through a quality check, photographed for placement in an electronic commerce system, shipped to customers and, or stored in a materials handling facility for order fulfilment,” the patent reads, “by aggregating orders from various geographic locations and coordinating apparel assembly processes on a large scale, the embodiments provide new ways to increase efficiency in apparel manufacturing.”

While the timing on the patent being granted coincides with their foray into AI fashion design and styling, and the acquisition of Body Shape, they actually applied for the patent in late 2015 and, while patents are not always acted upon, bearing in mind the other technologies they need to pull this off are, basically, all lined up and almost ready to go, it would seem insane for them not to pull the trigger on it and set the clothing industry on fire.

After all, they already have a large clothing section, and they’ve also recently started selling eight of their own brands, representing everything from kids clothes to women’s dresses to men’s dress shirts.

That said though the inventors of this patent made it clear, however, that they believe their system can also work miracles in other categories as well, such as “footwear, bedding, curtains and towels” and be “made of materials including but not limited to paper, plastic, leather, rubber and other materials.”

Two of the inventors named in the patent are Aaron Barnet and Nancy Liang, co-founders of the 3D printing startup Mixee Labs, who started working for Amazon in 2015, and try as Walmart and other retailers might I’m still surprised at just how easy Amazon is finding it to out manoeuvre and out innovate them at almost every turn, whether it’s augmented reality, drone deliveries or cashierless stores to name just a few, and it’s clear that Amazon still has a lot more left up it’s perfectly tailored sleeves. 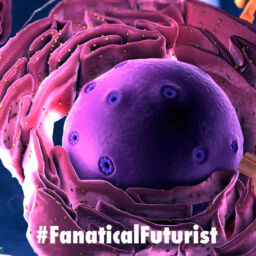