If we have to teach robots how to do everything the rate innovation in the field is going to be lethargic, but if robots can teach themselves it’ll dramatically accelerate their rate of development.

There’s now a robot with the walking capabilities of Bambi, which is more impressive than it sounds especially when you realise that this robot, like only a few before it who now sort recycling, and drive race cars, has learned it’s new skill not by being programmed as is normally the case with robots, but has learned how to walk using intuition alone.

Researchers at Google, the Georgia Institute of Technology, and UC Berkeley, who published a paper this week, all worked together to create a robot that used nothing more than AI to teach itself how to walk, and they nicknamed the little four legged robot “Rainbow Dash.”

Normally tests of reinforcement learning algorithms are performed within simulated computer environments so this latest step into the real world is a big one, literally and figuratively. Researcher Jie Tan, who is also head of locomotion at Google, said the research took about a year to complete.

“We are interested in helping robots navigate in diverse and complex real world environments and it’s difficult to manually engineer a robotic locomotion controller that can handle the complexity of the real world. Meanwhile human learning is automatic, requires little prior knowledge, and can scale up with the amount of experience collected, so we believe that for these legged robots to operate in the real world the ability for them to learn by themselves is crucial,” he said.

The researchers started Rainbow Dash out on a flat surface, where it figured out how to walk within 1.5 hours. Next they tested it out on some slightly more challenging surfaces — a squishy memory-foam mattress and a doormat with lots of crevices. The robot took 5.5 hours to figure out walking backwards and forwards on the mattress, while the doormat only took 4.5 hours.

Rainbow Dash was not entirely bereft of human supervision though, since researchers still had to intervene when the robot accidentally left the space it was meant to learning in, and when it fell over — although they were able to tweak its algorithm to stop it wandering out of the space. But looking to the future Tan sees legged robots as being increasingly useful.

“Legged robots will have great mobility. They will be able to walk in all the places that humans can go, as well as environments that humans cannot,” he said. “Now is still the early days of research. Next, we plan to test our learning system on a wide range of robots and in a more diverse set of environments,” he added. 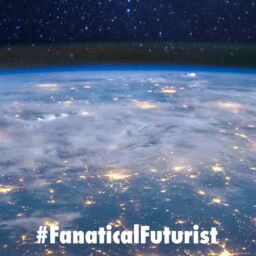 WHY THIS MATTERS IN BRIEF The retail wars are hotting up and innovation is still many retailers weapon of choice,…

WHY THIS MATTERS IN BRIEF Architects are faced with lots of monotonous tasks, and this new AI tool will help…

WHY THIS MATTERS IN BRIEF DNA computers, up until now, have been theoretical but now they’re feasible, and that’s a…