As governments and organisations around the world race to install new plug in electric vehicle charging stations, manufacturers, are already thinking ahead and they’ll be bringing wirelessly charged cars to the market sooner than anyone thinks.

A new electric car that uses wireless charging will be brought to the market this summer. By who, you ask? Well, we don’t exactly know yet… but I’ve a really good hunch. Cough!

In an interview with IEEE Spectrum, Alex Gruzen, the chief executive of WiTricity, said that a mystery motor manufacturer will be launching an electric vehicle (EV) that uses their wireless charging technology in the coming months.

WiTricity was founded by a team of researchers, led by Professor Marin Soljačić in 2007, following their creation of a Magnetic Resonance technology to wirelessly charge devices from a distance. The team first demonstrated their “highly resonant wireless power transfer” using a 60-watt light bulb that they were able to power from over two metres away, with no wires attached.

Now patented, this technology uses the oscillating magnetic fields of two finely tuned coils, one within the EV charger on your garage floor, and the other, in a small receiver underneath your vehicle. The two devices are built to have similar resonant frequencies, which join together to become a singular magnetic field that allows for the transfer of energy. The careful design of the charger and receiver enable “a fluid tunneling of energy” that’s just as efficient as the power flow from a charging cable.

Currently, the vertical distance between the car and the charging pad can be anywhere between 10 to 25 centimetres, depending on the size of the vehicle. And, so long as your car is parked with a horizontal clearance of 10 centimetres from the device’s centre, all that will be required to charge your EV is simply pulling into your garage. This, Gruzen believes, will be a huge move forward in the EV industry.

“About 70 percent of plug-in [hybrid] customers never bother to plug in. They don’t want to deal with cables,” he said, “and broad, mainstream consumer behavior does not change, as it might with the 1 percent who are early adopters. I plug in every day, I’m a career long tech early adopter, and let me tell you, it’s a pain in the ass.”

If WiTricity is able to realise it’s ambitions of becoming a mass producer of these new devices, by getting the cost of the receiver, transmitting pad and charging unit down to a cost of a few hundred dollars, which wouldn’t be too shy of the cost of today’s typical charging cable units, then the switch from cars that are plugged in to charge with a cable to cars that charge wirelessly could happen much faster than most anticipate. However, for now, as their early units roll out in their early, low production days, customers should expect to see around an $800 difference.

READ
Bring Your Own Climate to work day

But, who is this secret automaker that will use WiTricity’s next-generation EV charging tech? There’s some speculation that it’s one of the manufacturers known to be working with WiTricity, namely Nissan, Honda, Toyota, who recently showed off their new autonomous EV concept, or Hyundai. Hyundai, however, seems to provoke the biggest hunch, as they publically partnered with WiTricity at the 2018 Geneva Auto Show. The auto company demonstrated WiTricity’s wireless charging system on their recently revealed Kona Electric model, showcasing its potential real-world use.

Meanwhile WiTricity’s biggest competitor, Qualcomm, is right on their tails. Using a similar patented magnetic resonance technique, Qualcomm’s Halo system wirelessly charges EV’s as well and they’ve established relationships with some leading vehicle companies, such as BMW, who recently showed it off, and just recently announced plans to have their technology on the market within the next two years.

Despite vying for the top spot, both WiTricity and Qualcomm are helping the Society of Automotive Engineers establish a standard framework that all EV wireless charging systems will follow. Electric vehicles will eventually be available in all shapes and sizes, so a set of standardized spatial ranges is necessary to ensure all EVs can be charged by any wireless system, Gruzen told Fast Company. If a customer is charging their Nissan EV, they should still be able to receive a charge from an Audi charging pad, for example, or, if a customer typically uses Qualcomm’s Halo, they can still get a charge from WiTricity’s system.

With proper standards in place, all EV manufacturers will be on level playing field in terms of wireless charging capabilities. But, who will be the first to apply this tech? Well for now, that remains a mystery, but it’s likely it won’t be a mystery for very long.

WHY THIS MATTERS IN BRIEF The cost of renewable energy is beginning to fall as the technologies mature, now the world’s largest wind turbine wants… 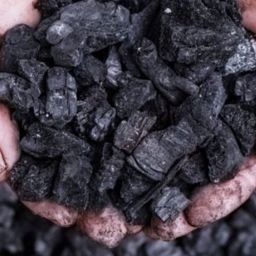 WHY THIS MATTERS IN BRIEF Climate change is getting harder to solve, and the effects are getting more severe so we need new ways to…

WHY THIS MATTERS IN BRIEF Water purification systems traditionally use huge amounts of energy, but now researchers have managed to re-purpose waste heat from solar…

WHY THIS MATTERS IN BRIEF As investment flows into new battery tech Lithium Ion suddenly has a whole host of new competitors to contend with….