While AI is being used to help translate modern day languages from one to another, it’s now getting to the point where we can see true universal translators emerging.

Artificial Intelligence (AI) is increasingly being used to develop a universal translator device by helping decode dolphin and mice chatter, as well as every human language on the planet, and recently it was set to work to help decipher ancient damaged ancient Greek engravings. While the AI seemed to be better than humans at filling in the missing words the researchers involved in the project felt that it might be most useful as a collaborative tool, where researchers use it to narrow down the potential options.

READ
An AI upgrade for your brain, Elon Musk teases the Neural Lace

There are thousands of ancient inscriptions we already know about, with dozens more discovered every year, but unfortunately many have become eroded or damaged over the centuries resulting in segments of text being lost. Figuring out what the gaps could be is a difficult task, involving looking at the rest of the inscription and other similar texts.

Yannis Assael at DeepMind and his colleagues trained a neural network, a type of AI algorithm, to guess missing words or characters from Greek inscriptions, on surfaces including stone, ceramic and metal, that were between 1,500 and 2,600 years old.

The AI, called Pythia, learned to recognise patterns in 35,000 relics, containing more than 3 million words. The patterns it picks up on include the context in which different words appear, the grammar, and also the shape and layout of the inscriptions.

Given an inscription with missing information, Pythia provides 20 different suggestions that could plug the gap, with the idea that someone could then select the best one using their own judgement and subject knowledge.

“It’s all about how we can help the experts,” says Assael.

To test the system, the team hid nine letters of a Greek personal name from Pythia. It managed to fill in the blanks, and in a head-to-head test, where the AI attempted to fill the gaps in 2,949 damaged inscriptions, human experts made 30 per cent more mistakes than the AI. Whereas the experts took 2 hours to get through 50 inscriptions, Pythia gave its guesses for the entire cohort in seconds.

“This shows the potential of AI-assisted restoration,” says Thea Sommerschield at the University of Oxford, who was part of the team, before adding, “The reward is huge because it tells us about almost every aspect of the religion, social and economic life of the ancient world.”

Philippa Steele at the University of Cambridge agrees that Pythia could assist restoration efforts, although humans would still be needed to put the pieces together by eye and then decipher them before this could happen.

“It looks to me as though the highest success rates would be achieved when we are just missing small parts of a long text, or when there are plenty of similar parallels for a newly discovered fragmentary text,” she says, and as AI’s translation skills improve one day it could likely handle much more of the grunt work and help us translate some truly ancient texts written in lost languages. But if it doesn’t then at least we’ll be able to console ourselves by talking with the dolphins…

WHY THIS MATTERS IN BRIEF Imagine a camera that can see and analyse every part of the visible and non-visible spectrum at the same time,…

It’s a matter of When, not If we solve Death and Generation Z could be the first generation to experience Immortality in their lifetimes. Today…

WHY THIS MATTERS IN BRIEF As our knowledge of neural networks improves it turns out we can give almost everything “intelligence.”   Interested in the…

WHY THIS MATTERS IN BRIEF Today’s hyperscale datacenters are huge and power hungry, tomorrow’s could be the size of a table and be powered by…

WHY THIS MATTERS IN BRIEF There are plenty of situations where we want to test things, such as food and water, to see if they’re… 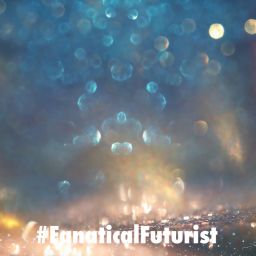 WHY THIS MATTERS IN BRIEF Real diamonds leave open scars in the Earth and workers suffer to extract them, but these new diamonds are the…