The future of food doesn’t involve raising animals for slaughter or growing crops in fields … and it’s arriving.

Amazon and Ocado are growing crops in vertical farms in warehouses, not open fields, companies are 3D printing beef in space, and elsewhere companies have figured out how to feed the entire planet with just one cell from a single chicken without killing the chicken. They’ve also figured out how to grow food from air, create an unlimited supply of beef, chicken, duck, fish, and steak without killing any animals, and how to create dairy without the cow. As I’ve been saying for years now look at it however you want but the future of food doesn’t involve farms or animals … certainly not in the traditional sense. And thanks to some of these developments you could also soon see ethical T-Rex and Zebra Burgers being sold (seriously).

In yet another breakthrough for what’s known as the Clean Meat industry the company Higher Steaks, based out of Cambridge in the UK, has said it’s managed to produce samples of its first products – delicious bacon strips and pork belly made in a lab from cultivated animal cells which means like the beef, fish, and steaks that came before it, you can now eat bacon without anyone ever having to rear or slaughter a pig ever again. 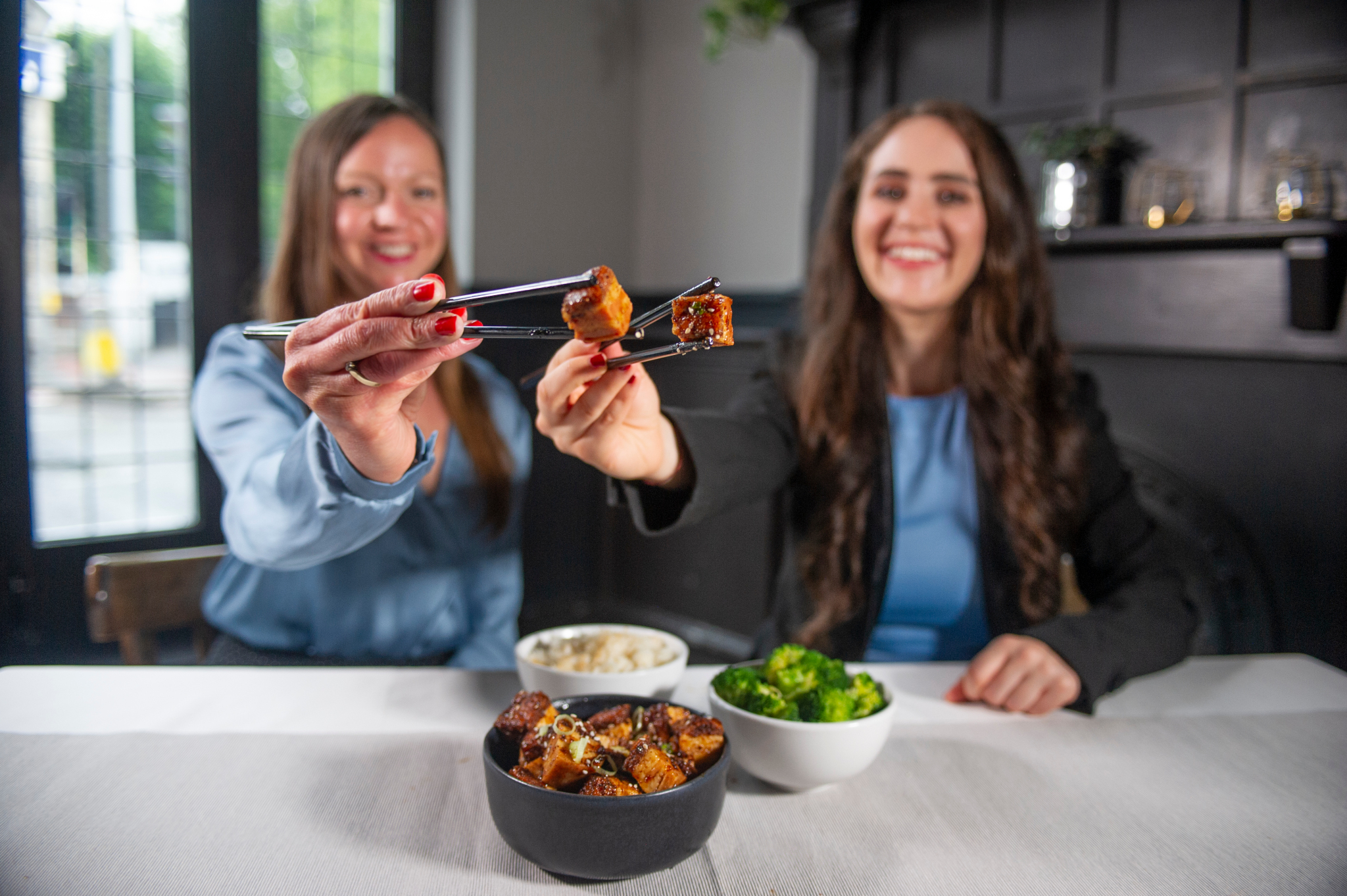 “There’s still a lot of work until [our product] is commercial,” said Higher Steaks chief executive Benjamina Bollag, “but the revelation of a pork belly product that’s made from 50% cultivated cells and a bacon product which contains 70% meat grown from a cell material in a laboratory is something of a milestone for the industry.”

The remaining ingredients in Higher Steaks bacon and pork belly are a mixture of plant base, proteins, fats and starches to bind the cellular material together. To achieve this first step on its road to commercialisation, Higher Steaks tapped the expertise of an undisclosed chef to formulate the meat into an approximation of the pork belly and bacon.

At this stage, the pilot was more to show what Higher Steaks can do rather than what the company will do, said Bollag.

A number of companies, including Tantti Laboratories, Matrix Meats and Prellis Biologics, make the kind of biomaterial nano-scale scaffolding that could be used as a frame on which to grow structures equivalent to the fibrous textures of muscle.

In all, some 30 cell-based meat startups have launched globally since 2014, and that’s now accelerating rapidly as the exponential technology moves to the next phase, and all of them are looking to carve themselves out a slice of the $1.4 trillion meat market.

Meanwhile, demand for pork continues to rise even as supplies have been decimated by an outbreak of African Swine Fever that could have killed as much as 40% of China’s population of pigs in 2019.

“Our mission is to provide meat that is healthy and sustainable without the consumer making any sacrifices on taste,” said Bollag in a statement. “The production of the first ever cultivated bacon and pork belly is proof that new techniques can help meet overwhelming demand for pork products globally.”

Given the highly capitalized competitors that Higher Steaks faces off against, the company is looking for industry partners to help commercialize its technology.

“I was always quite intrigued by cultured meat production, a mix of both science and food production. In 2013 I watched the first cultured meat burger from Mark Post costing £250,000, cooked on the BBC,” said Clark. “I was approached about joining Higher Steaks earlier this year and was attracted to joining primarily by the science along with the ambition and energy of the Higher Steaks founder Benjamina Bollag . I believe Higher Steaks is a company with a technology to be disruptive in the cultured meat area and at my career stage I was looking for a challenge.”

READ
Rolls Royce CEO sticks it to fossil fuels, announces the future of flight is electric

Brought in to scale the cultivated meat process at Higher Steaks, Clark has led the development of biotech and pharma products at early-stage and publicly traded companies.

“The addition of Dr. James Clark to the team gives Higher Steaks a significant advantage,” said Dr. Ruth Helen Faram, head of R&D. “Cultivated pork belly and bacon have never been demonstrated before and Higher Steaks is the first to develop a prototype containing over 70% cultivated pork muscle, without the use of bovine serum.”

Consumers shouldn’t expect to see Higher Steaks’ pork belly on store shelves or in restaurants anytime soon, Bollag cautioned. “We’re still in the thousands of pounds per kilogram.” Although, as I’ve written about before, there are now plans afoot to get that to below $15 per lb which would start putting the price of these new meats on a par with supermarket prices. And, as for what comes next the company is going to have a tasting event later this year so I’ll be keeping an eye on them.

WHY THIS MATTERS IN BRIEF Being able to produce drugs and medicines cheaply is important, and this breakthrough breaks grounds on all kinds of fronts….

WHY THIS MATTERS IN BRIEF The future will have a huge impact on the future of communities, both good and bad, but with proper foresight…

WHY THIS MATTERS IN BRIEF There are certain situations, such as calibrating satellite systems, or in cinemas where nearly dark doesn’t cut it, Vantablack is…

WHY THIS MATTERS IN BRIEF It’s a well known fact that bacterial resistance to antibiotics has reached crisis levels, now a new breakthrough could give…

WHY THIS MATTERS IN BRIEF The cost of buying, storing, and using rocket fuel makes up a significant percentage of the cost of launching rockets,…