AI’s that can watch something and then instinctively learn how to do it or re-create it have the potential to revolutionise everything and every industry.

Recently I’ve been talking a lot about new types of machines, Creative Machines, that can design, innovate and then generate or produce new products – products including anti-biotics and vaccines, cars, clothing and fashion lines, computer chips, furniture, interplanetary landers, and a ton of synthetic content that includes art work, books, games, images, and even basic movies and video. All for starters. And now on Pac-Man’s 40th anniversary and in a world first an Artificial Intelligence (AI) from Nvidia has remade the famous game – but it built the new game autonomously and without coding anything or using an underlying game engine like Unreal that’s behind almost all of today’s AAA games. Needless to say the experiment has huge ramifications for the way we make computer games in the future.

Pac-Man was originally designed by a nine person team at the Japanese company Namco and to make its version of the game Nvidia’s AI “watched” over 50,000 of the original before building its own.

GameGAN, the AI behind the game, is one of the first neural networks to tap into the power of so called Generative Adversarial Networks (GANs) – the technology behind every other Creative Machine. In this type of system one network learns to recognise patterns within images and generate its own imagery while another adversarial network then tests them for authenticity and tries to distinguish which are “fake” and which are “real” before feeding its findings back into the system to help it improve the systems next run.

In this instance, Nvidia researchers did no game programming, but rather relied on GameGAN to examine Pac-Man libraries and then construct its own scenarios of the game. In other words, using nothing more than an AI the team managed to re-create the whole game, rules and all, from scratch.

“This is the first research to emulate a game engine using GAN-based neural networks,” according to Seung-Wook Kim, the lead Nvidia researcher on the project. “We wanted to see whether the AI could learn the rules of an environment just by looking at the screenplay of an agent moving through the game. And it did.”

READ
Scientists might have found the source of human conciousness

While the researchers are naturally pleased with the results they see applications beyond gaming in the future. The system can be applied to robotics where machines will work side by side with humans in cooperative manufacturing ventures, for instance, and self-driving cars are another field ripe for research.

“We could eventually have an AI that can learn to mimic the rules of driving, the laws of physics, just by watching videos and seeing agents take actions in an environment,” said Sanja Fidler, director of the Nvidia research lab in Toronto. “GameGAN is the first step toward that.”

For Rev Lebaredian, vice president of simulation technology at Nvidia, it all comes down to simple observation.

“It learns all of these things just by watching… similar to how a human programmer can watch many episodes of Pac-Man on YouTube and infer what the rules of the games are and reconstruct them.”

Nvidia says it will make the game available on its online AI Playground later this year.

WHY THIS MATTERS IN BRIEF While many people are focused on traditional drones there are others who are trying to create bio-machine drone hybrids, and…

WHY THIS MATTERS IN BRIEF As your understanding of genetics improves we have now reached the point at which we can cause mass extinctions, and…

WHY THIS MATTERS IN BRIEF Blockchains immutability could be the key to keeping the US military’s assets and nuclear arsenals secure.   The number of… 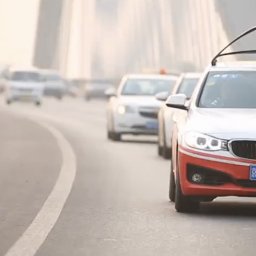