VR headsets are dorky and bulky, so Panasonic has cut away at them and re-imagined them.

Analysts are always telling us that this is the year of Virtual Reality (VR), whatever that year happens to be, but, as I’ve always said for a technology to be adopted it needs to be invisible and I don’t mean literally – I mean it shouldn’t get in the way of the user experience. Although, when it comes to VR a little while ago Google took this thought literally and developed an “invisible” VR headset which, frankly was odd, and in time we’ll be able to use metalenses to create nano-thin VR gear, and even beam VR directly into our eyes using so called retinal display systems. And then there are the new augmented reality smart contact lenses that were just shown off – it’s fun in the future… and there are so many options to choose from.

VR and Augmented Reality (AR) have therefore struggled to live up to their hype over the past few years. Bulky headsets, low resolution, and poor functionality have all led to less than spectacular experiences from an industry that’s supposed to be all about immersion – and all that’s in spite of having VR headsets that can read your brain waves so you can play games with your mind… 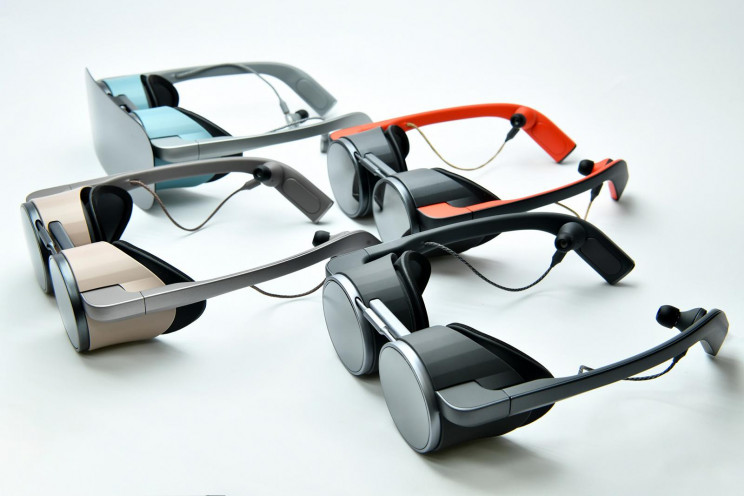 So now enter Panasonic who, in my opinion, have taken a step in the right direction, and who’ve gone some way towards improving things with their new VR glasses – a less bulky, HDR-compatible iteration of the models that are currently standard in the market.

And it’s important to make the distinction that they are glasses, not a headset. When compared to the typically cumbersome head straps that come attached to VR headsets that are heavy because of their high-quality image and sound processing chips, Panasonic’s glasses fit lightly onto your head.

As VentureBeat reported, Panasonic says the prototype for the glasses has a weight of somewhere in the range of 150 grams, though this could change before the glasses are brought to the market. As a reference, the Oculus Quest weighs about 570 grams, making it about four times heavier than Panasonic’s glasses.

The glasses also display their image without the “screen door effect”, which is common in other VR glasses and headsets.

All of this, Panasonic says, provides the user with an incredibly immersive experience, at the same time as providing the comfort of wearing eyeglasses.

At CES the glasses were being run via a high-powered PC, but Panasonic reps at the show say the company eventually intends for the glasses to operate over a USB-C connection running out of a smartphone. 6DoF tracking might also be added to the device, though this could make the glasses heavier, ridding it of one its key selling points.

READ
Researchers have created a 3D plasma hologram you can touch

The VR device, Panasonic says, have been developed in anticipation of 5G, which will make live VR experiences, such as VR sports viewing and virtual travel experiences, more accessible.

In their press statement, Panasonic said: “Gearing up for the forthcoming full-scale commercial 5G services, Panasonic will continue to further develop the new VR glasses so that they can be used in a variety of applications, thereby creating new customer value.”

VR games like The Under Presents by Tender Claw already allow players to interact with real-life live actors in the game. This year’s release of Half Life Alyx, a VR exclusive, will only draw more attention to VR as an entertainment medium.

According to The Verge, Japanese companies are talking about streaming live sports via VR a lot this year, given the upcoming Olympic Games in Tokyo. 5G services, however, are yet to launch in the country.

While the VR glasses that Panasonic showed at CES are a prototype model it’ll also be interesting to see thousands of people wandering around the streets of London aimlessly wearing Morpheus-style glasses that are transporting them to another world like their living room. Ah, the joys of technology. 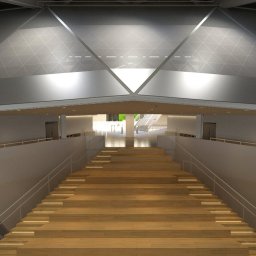 WHY THIS MATTERS IN BRIEF Doing the laundry uses lots of detergent, energy and water, and creates grey water by product, but Xeros’ new polymer…